Sound like the PROS
THE HOLY GRAIL OF PRODUCTION

Secrets of the DAW

Looking to become a MASTR?


We dropped the hottest mixing guide on the market. "Secrets of the DAW" is a 95-page eBook takes you through the process of making beats from scratch, mixing your track, recording vocals and even mastering your own finalized track.


We made sure to take plenty of screenshots to keep things visual, and we're letting loose some of our favorite processing chains for every instrument (including vocals)!

What's the best way to rep your favorite team of musicians? Repping the gear of course! Whether you're at the gym, in the studio, or just chillin' with your buddies, take your passion with you!


These hoodies are brand new in the shop - grab yours right now!

I hope you're ready for the sweetest drum kit to hit the Internet since Lex Luger.


This drum kit is SAVAGE. The kicks hit like Connor McGregor. The snares are super crispy, and the hi hats bounce like crazy! I even made sure to throw in some of my most disrespectful 808s for your head-banging pleasure!


With over 30 blisteringly high-quality 96khz WAV samples, your production game is about to get real.

Getting your drums right is one of the most important parts of Hip-Hop (and any genre, really).


That's why MASTR went above and beyond on this kit, and is offering it for just $0.99 - THIS PRICE IS A LIMITED TIME OFFER!

Let's heat things up! 10 Drum Loops, 10 Melody Loops - yours for the flipping!


When you sample a track, or when you work with someone else's melody, there's a new energy that's brought to your music! It's almost like we're working in the studio, collaborating on a project side-by-side.


If you're lost when it comes to melodies and chords, or maybe you're just fiending for some some inspiration, this is for you! It's as if you've got a MASTR Producer right by your side, cooking up the fresh melodies!

Another miraculous pack of melodies!


The sequel to the original, this MIDI pack is loaded with everything from "single dingers" to rich Coop Chardonnay-inspired chord progressions.


With 25 more MIDI melodies from the MASTR, this pack will take your melodies to new heights.

This right here is a team favorite.


An expansive drum pack that will bring your next Trap, New Wave, or "Chill Banger" to life!


Over 50 custom hip-hop conscious drum samples that are drag-and-drop ready!


Are you ready to have your drums SMACKIN'?!

We offer professional music services with a fast turn-around time of about 48 hrs per track. If you'd like to order one of these services, shoot us an email at jon@mastrproductions.com specifying what service you would like, and an attachment with the necessary files. We will reply to your inquiry as quickly as possible!

Are you local to the
Boston Area?

We're always looking to work with new talent! Come on by and record on professional equipment used by the top engineers and artists in the industry!

If you're a vocalist, beatmaker, photographer, videographer, or graphic designer, we need to network!
↑ Click the button above! ↑ 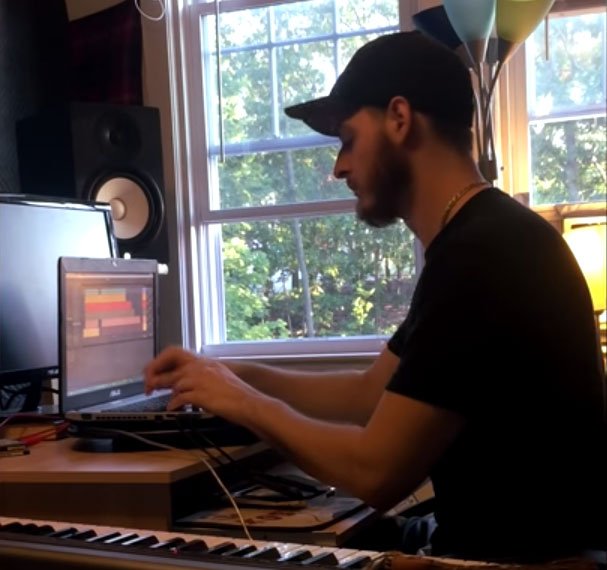 MASTR Productions was created by Jon Spicey and 3TIME to create better musicians."We were in a tough spot: motivated with the ability to produce great mixes, but lacking a team, and talented vocalists to work with. So we decided to create our own team by helping others. Through helping others, you open doors for people that didn't exist before. If I had someone reach out to me years ago, I'd be miles ahead of where I am now. It took me months just to produce a single track at first, even with an extensive background in music. Now I can knock out a dozen in a day. It's really incredible how much knowledge you pick up in the journey." -Jon SpiceyA classically trained pianist and funk band sax player, Jon has over a decade of music theory knowledge and has been using DAWS such as Ableton and Pro Tools every single day for the last six years.3TIME took up singing when he realized he didn't want to live the life of someone who's already been lived before."The 9 to 5 life is a scam. There's a crazy world out there, and to put your head down and go work for someone else every day and accept that as life is sad, and it's a scam. I think it was... John Mayer. Yeah it was totally John Mayer. 'Slow Dancing in a Burning Room' was what got me going. That was the first song I ever recorded myself singing, and I'm not going to lie, even with no knowledge of music theory, or how to gain stage properly, it came out surprisingly listenable! Jon checked out what I was doing, and dropped everything, as far as I remember. Quit his band, left his girlfriend, doubled down on two brothers, taking over the world one incrementally better record at a time." -3TIME

Back to the Beats

Here's a handful of artists we have recently worked with!

Send us a message if you have questions.